Is it possible to save modifications I did in Theme Builder as a mixin theme file ?
I did not find any possibility. Maybe it might be a useful feature for any future version.

Maybe you consider additional functionality in the Theme Builder for the future.
In my opinion I would be great if I could save all modification (changes/additions) to a theme as a mixin theme using theme builder.
In addition I think it would make sense when editing a mixin theme all the other properties would be displayed. Maybe they should be marked/bolded to easily see the changes which have been made…

Yes you can. But you have to work on the mixin file by itself, there is no automatic diff. When you open a .mixin.theme file (one of the file options in the open dialog) with the ThemeBuilder it recognizes that it’s a mixin and it will only load the items from the mixin in the nodes but in the preview it will also load the base theme.

While editing the mixin you can also change the base theme using the drop down at the top -it will show any theme that was loaded previously. 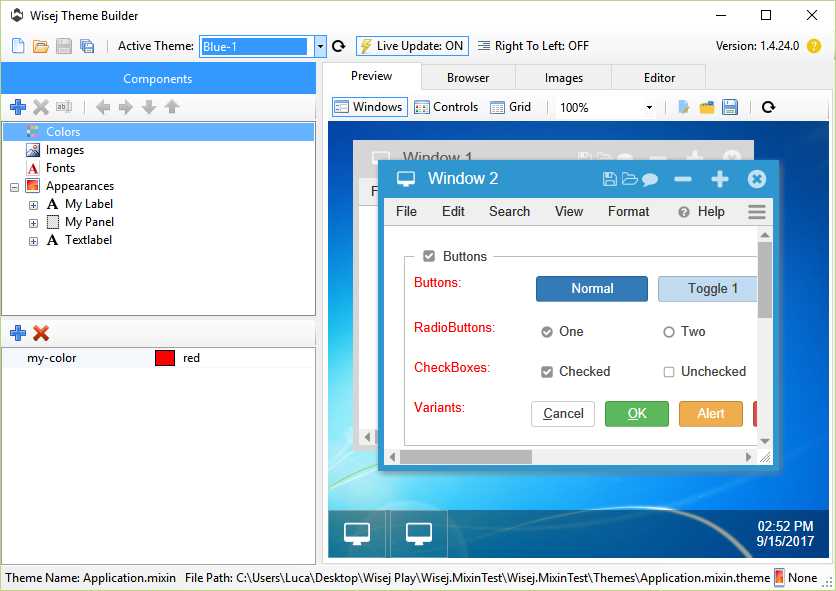