In this blog section we like to inform you about topics and technologies that we are evaluating and working on to possibly integrate into Wisej in the future. While this is not intended to be a roadmap, it should still give you a peek behind the scenes and a feeling of what could be included in future Wisej releases.

Wisej 2.2 is soon to be released with many performance and stability enhancements. DataGridViews across the board will see their memory usage decreased by up to 90%. New features offer useful ways to populate data sources, select content, and visualize your data.

The ListBox control features a new property specifying whether a search should be incremental. This means the selection will take place after the delay specified by the IncrementalSelection property.

Wisej controls are getting more efficient! As of Wisej 2.2, several controls will feature a new property, LazyLoading, which sends the control’s data source in chunks, only providing what is requested by the client. This is especially useful when working with large datasets.

A few controls now feature the RightClickSelection property. This property allows elements under the mouse to be selected with a right click action by the user.

The SelectionDelay property specifies the number of milliseconds the client should wait before sending the result of a selection back to the server.  This property is useful for keyboard navigation of data bound DataGridView rows where the user might be flooding the server with selection changed events.

The SelectOnEnter property adds the ability to have the text of a control highlighted upon focusing. This optional setting helps users with rapid value changes.

Figure 2: A ComboBox with SelectOnEnter

As of Wisej 2.2, the Fill and Append methods will be available to certain controls, allowing the controls to be populated without binding them to a data source. Fill is for initial population or repopulation. Append adds to the end of the existing rows.

Developers can now specify how many seconds the application should wait before timing out with SetSessionTimeout in the Application class.

The Application class features a new event, ActiveWindowChanged, that fires when the active window of the application changes.

The Application class features a new event, FocusedControlChanged, that fires when the focused control of the application changes.

LoadPath is a new event for the FileDialog. This event fires when the dialog is loading a specific file or folder.

The release of Wisej 2.2 isn’t just limited to the features above. We’re also rolling out our mobile development packages for iOS and Android, giving Wisej developers the tools to build powerful native applications using the Wisej framework. We’ve also been working hard to give you a larger and more inclusive toolset full of familiar widgets. With Wisej 2.2, we’re releasing some of these new toolsets including Telerik’s Kendo UI, DevExpress’ DevExtreme, Syncfusion’s Essential JavaScript, and Infragistic’s Ignite UI library. 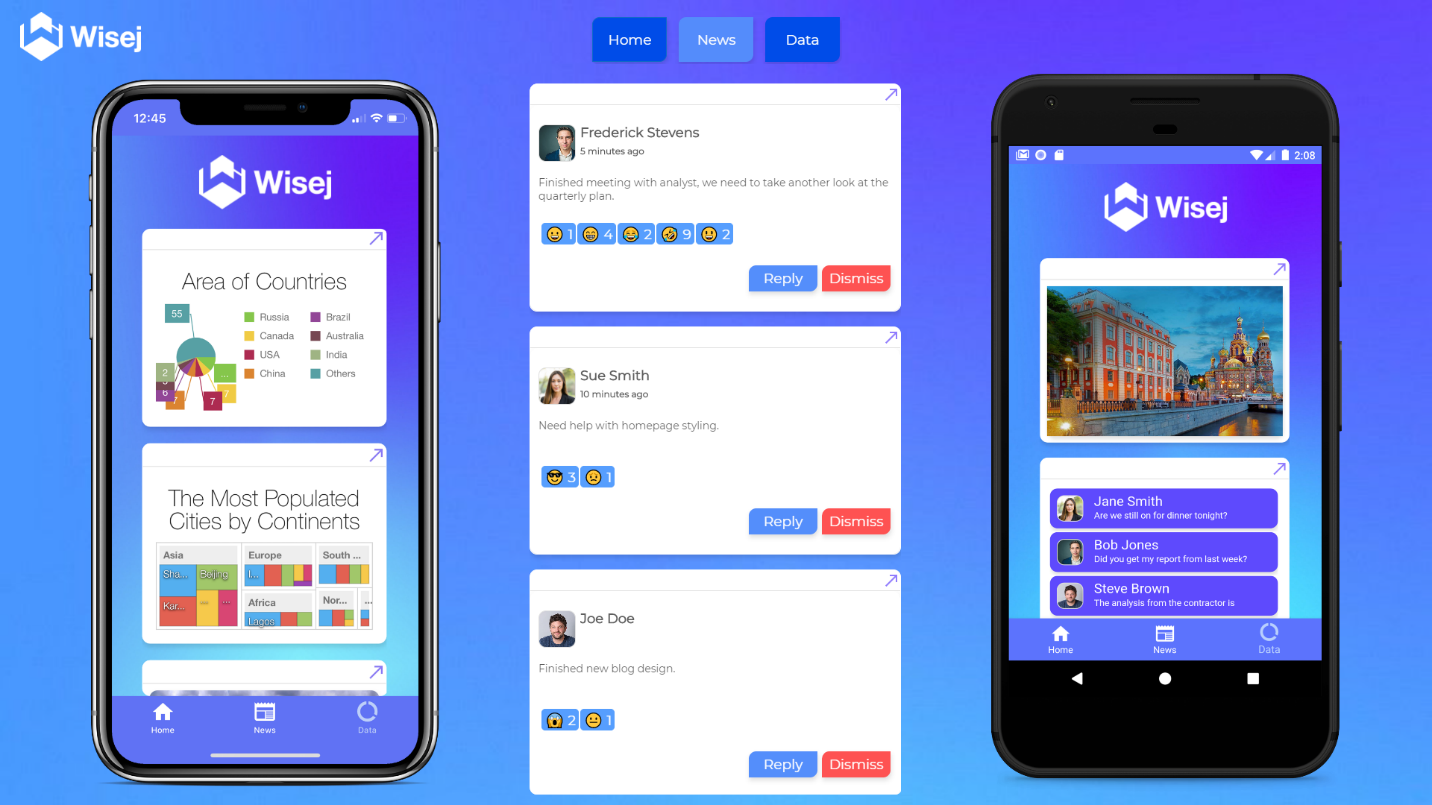 Looking beyond Wisej 2.2, Wisej 3.0 is getting fine-tuned in the IceTeaGroup labs. Wisej 3.0 is powered by .NET Core, allowing us to deploy Wisej on Linux, macOS, and of course Windows. Wisej will be able to run on any OS that supports the dotnet runtime (we even have Wisej deployed to a Raspberry Pi!). Besides more deployment options, Wisej 3.0 will feature application templates like Mobile Pages, Navigation Bar, Desktop Style, and more.

We can’t wait to share these new developments with you guys!